Valentine’s Day; The Wooing, the Why’s and a vague reference to Forest School… 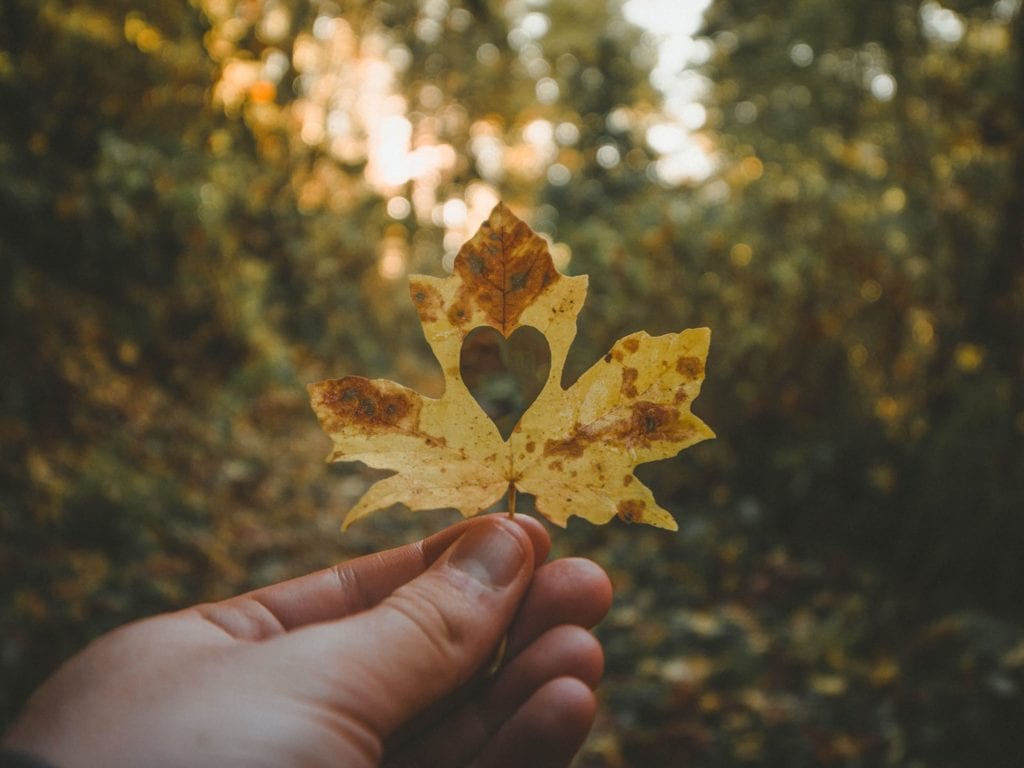 When I was asked to write this most beautiful blog by our very own dear Hannah Durdin, Queen of creative writing and undeniable supreme selector of best blog writing candidates, I could only conclude one thing…that I had been chosen from a team of around 100 individuals, as best known for my wondrous romanticism. Like Brahms himself, I shall compose this most beautiful of works, in which you will without doubt realise the intricate links between Saint Valentine’s Day, and…uhmm…Forest School. 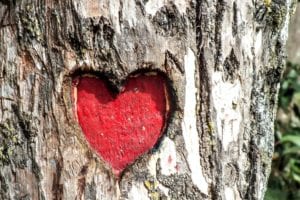 I considered looking into the wealth of romantic fairy-tales, which through no coincidence are often set within the wonder of the woodland. I was to title the blog ‘Chris White and the Seven Dwarves’ in honour of one of our founding three. Though however beautiful Chris may be, I struggled to picture the kiss scene. Suppressing the hurtful memory of the 12 year-old Nick Murphy gracefully gliding to one knee in presentation of a rose that he’d spent all his money on, to his most admired classmate only to be laughed at by an ENTIRE SCHOOL, I shall begin.

The origins of Valentine’s Day are perhaps surprising to some, and as with many of the marked occasions of the modern calendar, have morphed and metamorphosised through time and commercial manipulation.

The Catholic Church recognises at least three different Saints named Valentine or Valentinus. One legend reveals that after the Roman Emperor Claudius II banned marriage to ensure there were more single men to become soldiers, a Priest named Valentine refused to starve lovers of their right to spiritual union, and with the tenacity of Cupid, courageously continued to wed lovers in secret. When Claudius got downwind of this most unwelcome smell, I’d love to inform you that he was overcome with regret and sorrow at his hideous attack on loves true will, but sadly he ordered that Valentine be put to death.

Let’s try and lighten the mood a little, and embark on a more ‘Hallmark’ take on Valentine’s Day…

Another version on the birth of Valentine’s Day tells the tale of 3rd Century Rome, and a young Valentine who had been most brave in helping Christian prisoners escape the harsh life of Roman prisons. Regrettably he was captured and spent many days himself in the prisons from which he had freed so many. During his incarceration, he was frequently visited by his jailors daughter with whom he fell deeply in love with. Sadly, it was ordered that Valentine be put to death, though not before he managed to slip his jailors daughter….a card in which he had written, “From your Valentine”. This seems to be a more likely beginning to the giving of cards most passionately playful yet shrouded in sincerity. However poignant his parting gift, it’s a little sad to think that the Patron Saints of Love itself all met their end at the chopping block.

Let’s go pre-Christendom, before Saint Valentine’s day had illustriously taken hold of the middle ages. This is where this blog begins to resemble something that hints towards Forest School I promise.

The Pagan festival ‘Lupercalia’ was traditionally held mid-February, and paid homage to Faunus, the Roman God of Agriculture. Sparing you all the details of the rituals that used to occur (but please look them up if you feel so inclined) it focused on the beginning of new life and the coming abundance that the Spring would bring. Part of the celebrations would see men and women pair-up by means of a medieval equivalent of a ‘car-key party’. Dubious as this may sound, rest assured that many* of these unions progressed into a happy marriage and families which played in lush meadows abundant in Spring bloom. Lupercalia extended into the period in which Christianity was popularised, however by the 5th Century it had been outlawed and its decline was imminent.

History lesson OVER!!! For those of you that have bored the brunt of my whisky-fuelled research and persisted thus far, I congratulate you. 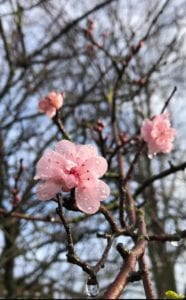 The light IS coming back!

Over the past several weeks, our entire company has been sharing internal messages of excitement as they witness the earliest signs of Spring. The trees forming buds over the snowdrops standing shy in the hedgerows. The daffodils that bow their heads in the morning light, that rise and shine to a smile as the days progress. There is a chorus of birds that sing through the woodland, sharing the same joy we feel as we recognise the gradual changing of the season. The synchronicity that bonds ourselves, the flora and fauna is the connection that makes the woodland and the Forest School environment a wonderful place to be at this time of year. In all honesty, it’s difficult to process that we are living through times which to a great extent prevent us as forest school leaders from doing what we love and believe in; gathering children in the woods to inspire by sharing our appreciation and their wonder and excitement of the promise of Spring, new life and the comfort ahead.

It seems most likely to me, that the Valentine’s Day which we know and love, exists as an amalgamation of cross-tradition. In it’s infancy it celebrates the promise of Spring and what the near future holds, and as it evolves it takes on a shared focus on the love that binds us and the success and happiness we promise to ourselves when these bonds are at their most secure.

With the grace of all that is love, we shall soon leave these most difficult times we have shared over the past year, and this Valentine’s Day will echo loudly from the messages of it’s former celebration; that our freedoms will before long be renewed as the natural world around us flourishes in all it’s beauty. Be thankful for those you share your life with. Be gentle and kind to yourselves as you reflect upon each day, week, month. This year has been a test like many of us have never experienced, and we should look forward with eyes, arms and hearts wide open to the good times ahead.

*the word ‘many’ is used with artistic license. I actually have no-idea how many pairings were successful. 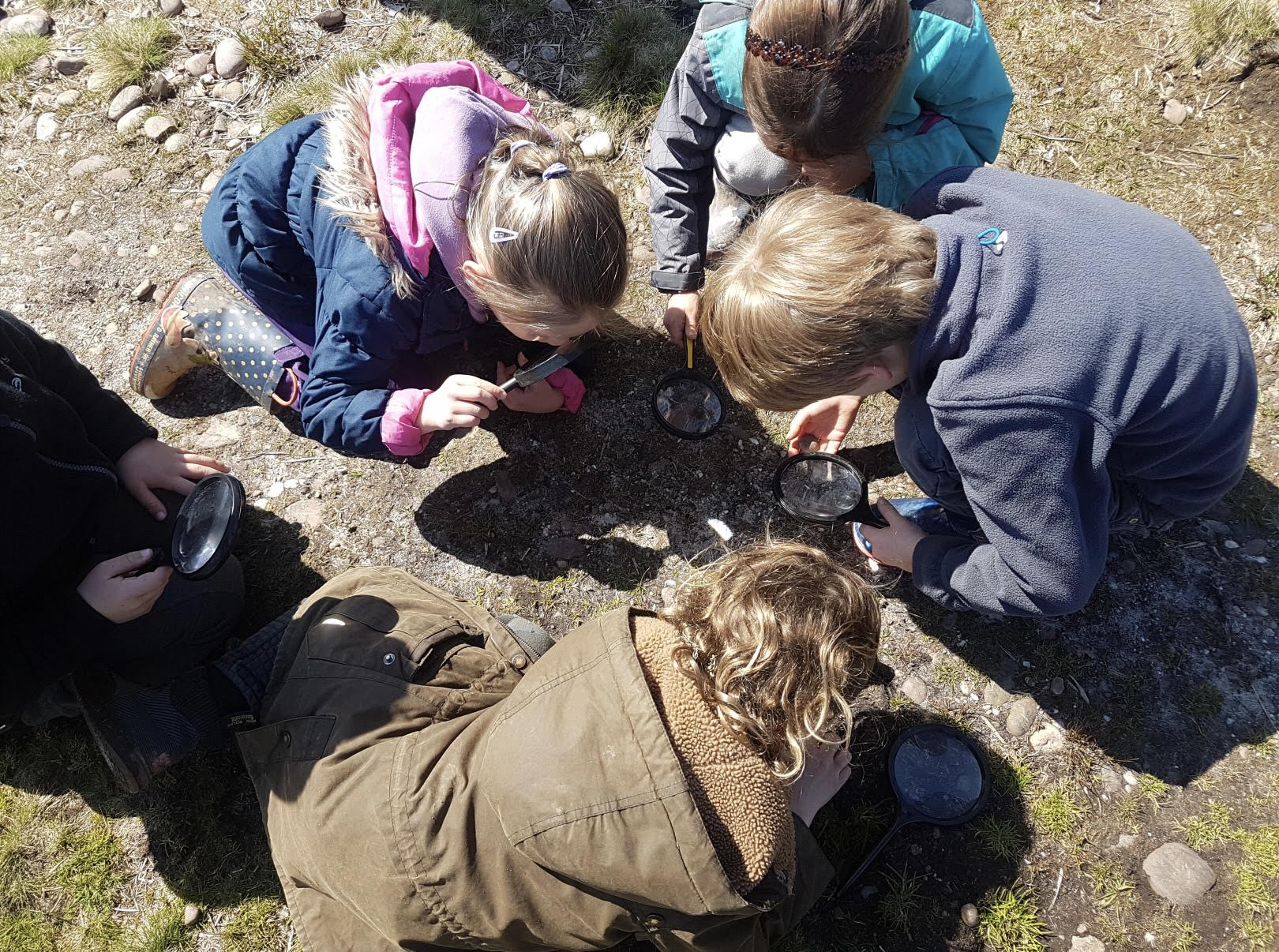 The Queen Bee Project (in partnership with The Sign Maker)

With various celebrations taking place up and down the country for The Queen’s Platinum Jubilee, at The Sign Maker, we…
Read More 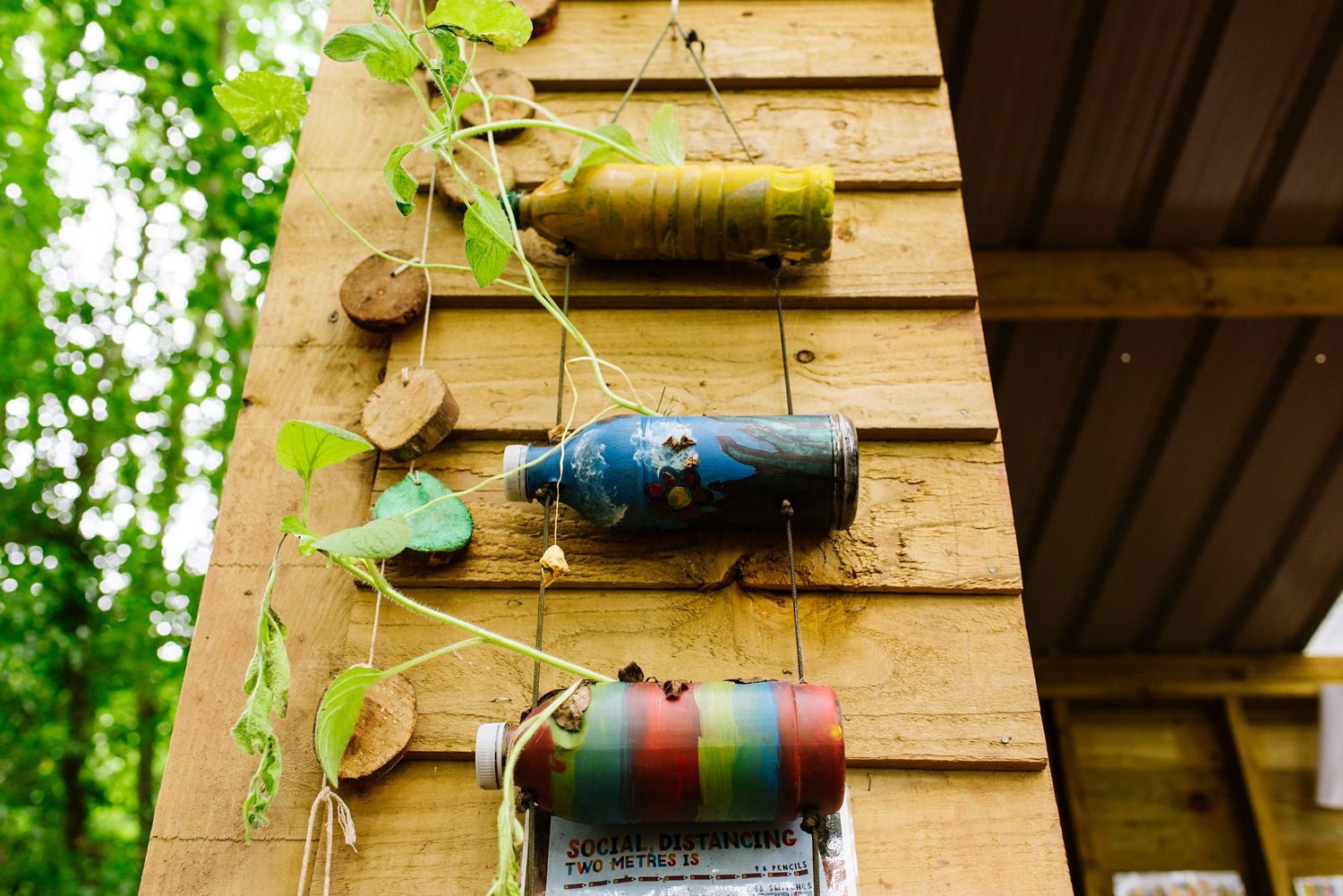 Back in November, our Senior Leadership Team gathered at Exeter Brewery to collaborate with the aim of producing a new…
Read More 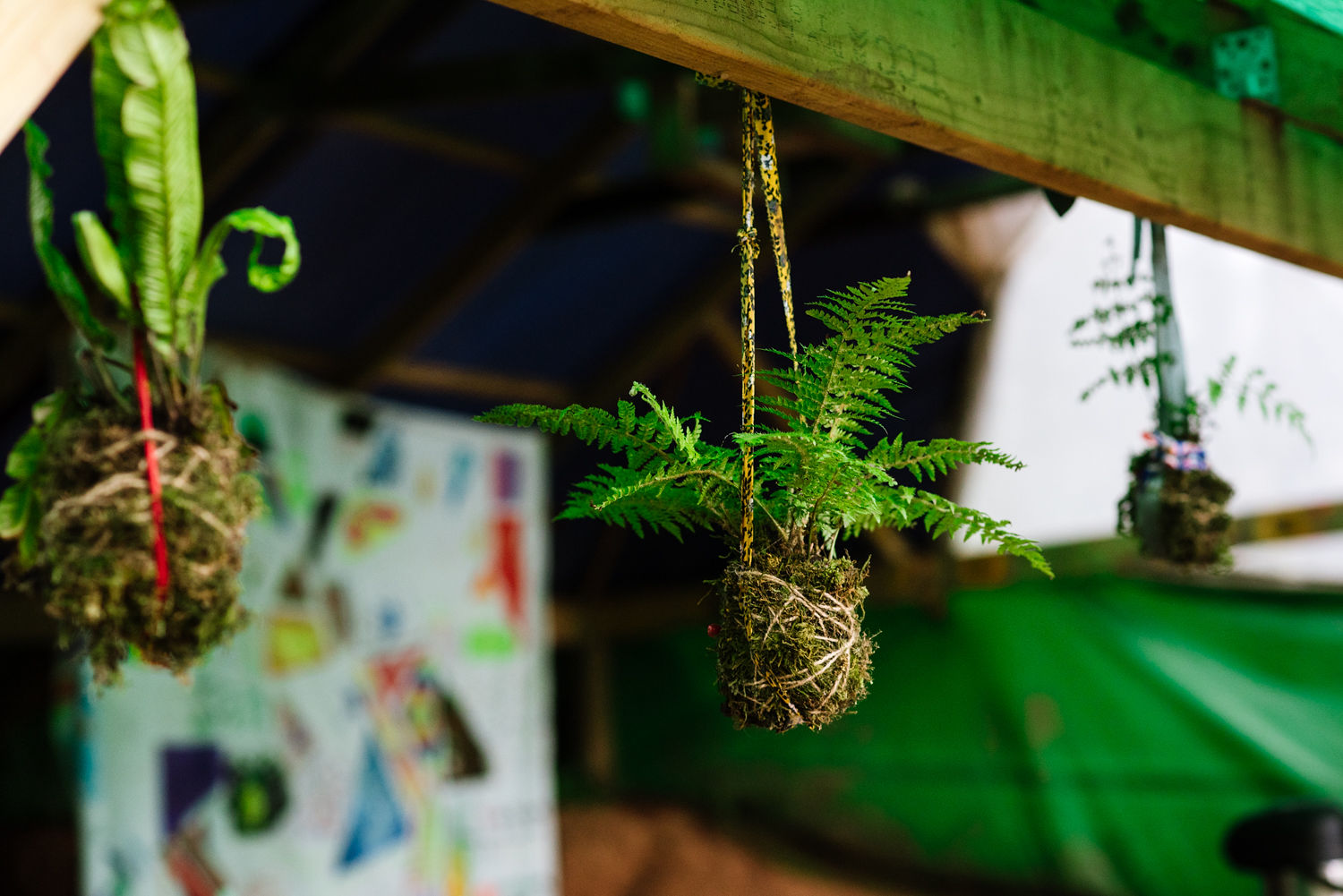 People and Planet, over Profit.

Back in November when social media and inboxes globally were exploding with Black Friday offers, along with many other ethically…
Read More 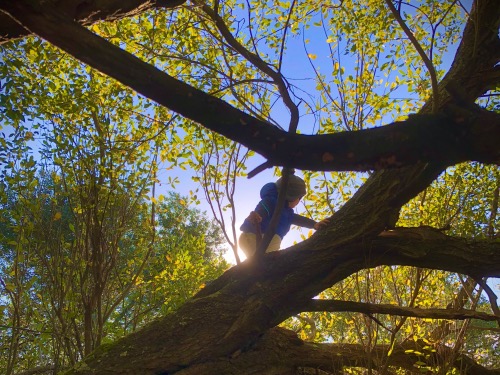 It’s time for our annual New Year blog post – a time to think about the year ahead, to identify…
Read More 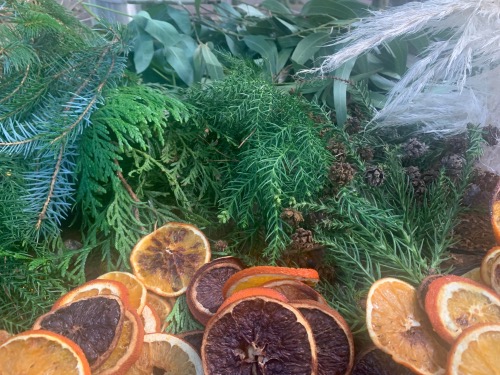 The Multitudes of Christmas

Social media, as we all know, can be something of a double-edged sword. Having a window into the lives of…
Read More 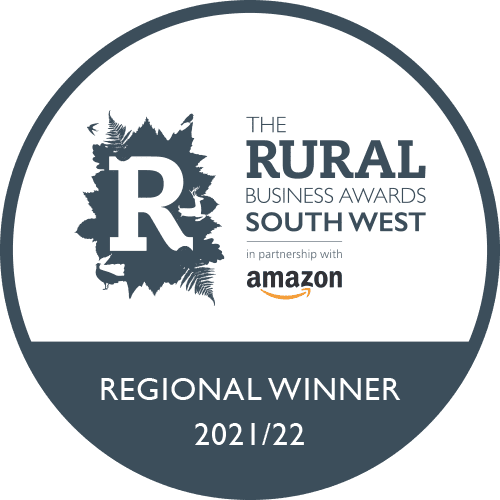